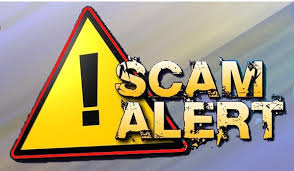 In this day and age, there are so many scams that we have to say Give Me A break! The computer world is full of them. From money scams gaining information scams to who knows what is next scams. I like to expose everything that I feel is a scam so the next person does not have to be a  victim if they ever run across it. Pop Up scams are constantly being used. 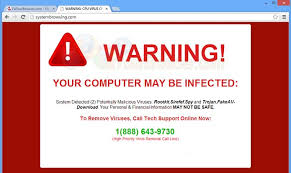 Many times we are hit with there is a problem with your computer and is requested to take a certain action. Just remember that Blue question mark that pops up sometimes on your bottom bar to the right if you have an HP device. That is HP Assistant. Click Here for more info on the HP Assistant. It lets you know about updates and also helps you with troubleshooting any problems. You know it is coming from them and not another entity. I have an HP laptop that I use all the time to conduct my business everywhere.

Recently while using my laptop, I had a pop up that came up saying I was locked out of my computer and don’t turn it off. Along with in the message, I was prompted to call a number to a Microsoft technician.  So just out of worrying about my computer I did.

The person answered claiming to be a certified Microsoft technician. Me being who I am didn’t feel right about it but I am only human when it comes to me thinking my system is jacked up. He then said he would have to remotely get into my system and sent me a permission box to do so.

Don’t Be Scared To Ask

I asked him, how do I know you are who you are claiming you are? Now I have let HP access my computer in this way but I had called them myself. Well needless to say he had an answer for that. Which was to show me some credentials. And not thinking being locked out of my computer, I let him in. Now I can’t really say what was going on but I knew the bottom line was to get something out of me like all scams are designed to do.

The certification he showed me over the computer was no more than an ad page with a company that charges $99.00 to unlock your computer.  He continued on to showing me all this code that is supposed to be the files in my computer pointing out that this is where the malicious code is putting me in danger of someone trying to steal my information.  Constantly saying I’m not the bad guy this is the bad guys trying to steal your information.

Now he says he can remove this malicious code but he asked me, do I want him to fix my problem. So I say yes. Then he asked how long do I want him to fix the problem for. Now I am really not feeling this. So I say what do you mean you said you were going to fix it. He tried to throw me off by saying I am not the bad guy I am here to help you.

Well, that is the ingredient of a scam to me. To try to throw your mind off so you can slip. I already had slipped by letting him in my system. So the next move was to take me right back to another screen with some security software on it. He said depending on how long you want me to leave the firewall up to protect me will determine the software package.

Now it is time to lead you back to where the malicious code is to throw you off again claiming this what the bad guys did. Then he points out this software that cost $400.00 and that is when I said this is enough. Keep in mind he hasn’t fixed my problem yet. I told him I was under the impression I was contacting Microsoft to fix my problem not sell me something. I unkindly hung up on him, turned my computer off and it has been working fine since.

So once again another scam exposed. I hope this post gave someone some information that just might prevent them from spending money they don’t have to out of panic. I almost fell for it at first myself. That is why I felt it was important to share this.

Thanks for visiting and like always, please leave any comments or include any information you have that might help the next visitor out.